Creating a gap where we actually need it - in landfills

Creating a gap where we actually need it - in landfills

“We’re very unique in the re-upholstery world. There isn’t really anyone doing what we do… I think in the whole country,”

says Kriss Kokoefer, the fourth and current owner for Oakland-based Kay Chesterfield. An industry veteran of 18 years (who has done it all, from dealerships to sales, to becoming an independent rep), she says she can’t seem to find any companies quite like Kay – companies that have the ability and ambition to focus on re-upholstery on a commercial scale. Reduce, reuse, recycle, and now there’s re-up.

From the outside, Kay Chesterfield seems like somewhat of a relic. Stationed across from the Oakland coliseum, it’s once-neon, now slightly rusted and entirely charming “KAY” sign visible from I-80 evokes feelings of Americana-sentimentality and local nostalgia. Celebrating its 100th year in business, Kay holds a world of potential beyond its modest and industrial façade. It’s old-world craft meets new world necessity. Kokoefer sees a gap in the market, one that she believes if could be filled, could create another gap where we actually need it – in landfills. 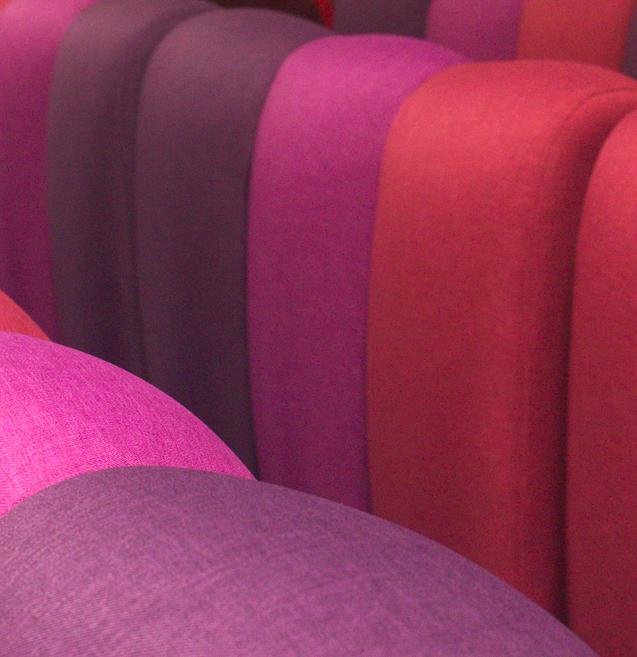 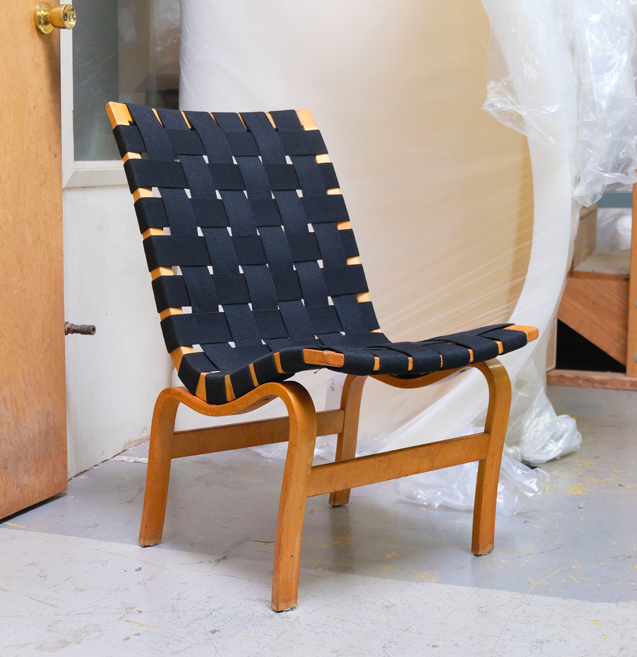 “I think there’s going to be a huge new wave of re-upholstery,” says Kokoefer, who believes that if companies committed to re-upholster just 10-20% of their existing furniture, the positive environmental impacts could be substantial. “Resi-mercial, ancillary, that whole trend is huge… and it’s these upholstered areas are what’s attracting employees,” she says. While most corporate furniture is BIFMA certified, built to last 10-20 years, the upholstery is not. Massive amounts of furniture end up in landfills every year simply because the upholstery wears out.

Kay Chesterfield’s namesake origin is twofold – Sam Kay being the original owner, who established the furniture making business in 1921 in Oakland, and Chesterfield being the classic sofa style of which the company produced. Creating living room suite furniture from scratch, re-upholstery was built into the business model – people rarely bought new furniture at that time and entire sets would often be passed down through generations.

The 1970’s ushered in a new era of design and buying habits. Fifty years in, Kay couldn’t compete with furniture production in Highpoint, North Carolina and eventually China. They shifted their model, focusing entirely on residential re-upholstery, only to shift yet again, recognizing the market demand for commercial furniture. Kokoefer bought Kay in 2012 and estimates that the business they bring in today is approximately 75% commercial. It’s also within the commercial market that she sees the opportunity – you can make a bigger impact re-upholstering 20 chairs as opposed to a few.

Kay now operates out of a 10,000 square-foot space with 16 employees, 10 of whom are upholsterers. Their lead upholsterer, Gonzalo Torres, worked for Marvin Kay, who inherited the business from his father. Several others have been with the company for over a decade. 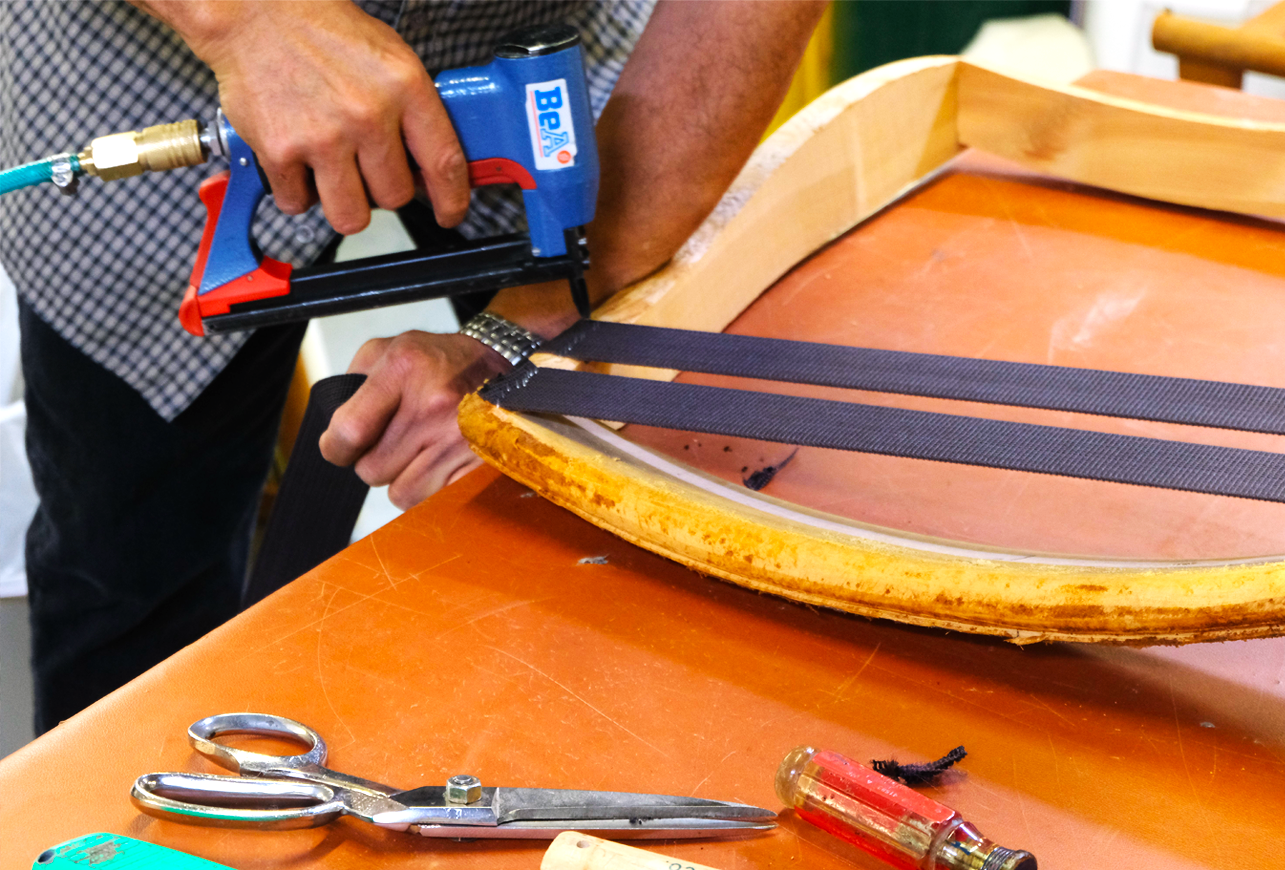 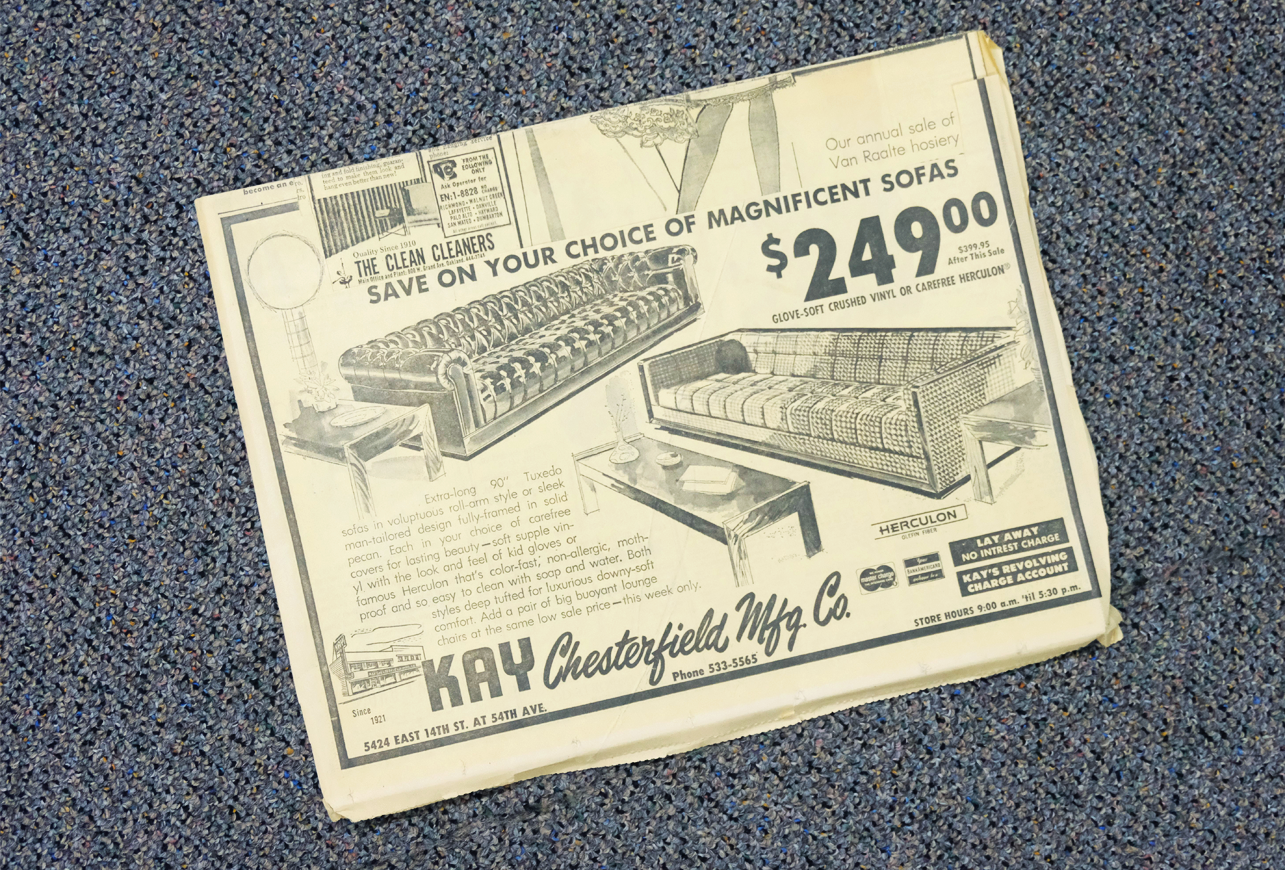 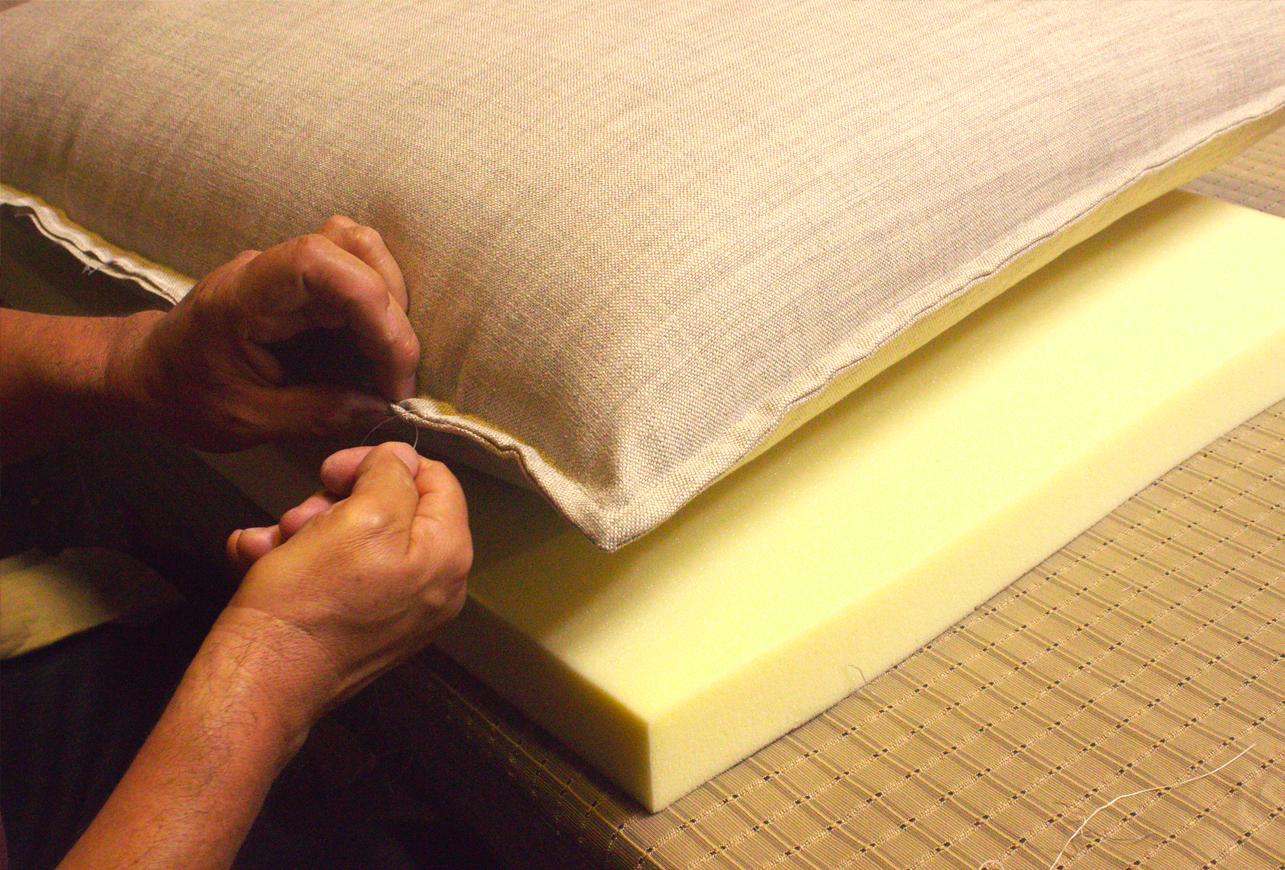 “There isn’t re-upholstery in the lexicon of our industry,”

but Kokoefer sees two ways to change that, the first being when a business moves into a new space. Committing to reusing and re-upholstering just 10-20% of existing soft seating would still give designers and companies the freedom to express their new design visions. The second is through maintenance programs. Re-upholstery programs could be integrated into office maintenance and upkeep, coming out of a maintenance budget rather than that of design.

These initiatives could be one piece of the puzzle into making commercial design more sustainable (and more cost-efficient). What’s the key takeaway for design firms and companies relocating or re-designing their spaces? You don’t have to sacrifice your design vision to be environmentally responsible.

Maybe some of our new-world problems can be solved with old-world solutions.

I recently had a friend ask me for recommendations for a tailor. As a part of a generation lost in the wave of the new and the cheap, many of us are looking back to slow craft to truly care for the products we buy. We’re seeing huge trends in buying vintage and used. Maybe some of our new-world problems can be solved with old-world solutions. Maybe innovation doesn’t always mean the newest, shiniest, high-tech product, or outfitting spaces with all the newest trends. Now more than ever, it means finding ways to be socially and environmentally responsible. For Kay, that’s looking back at 100 years of craft, doing their part to help ensure the next 100 years for our planet. 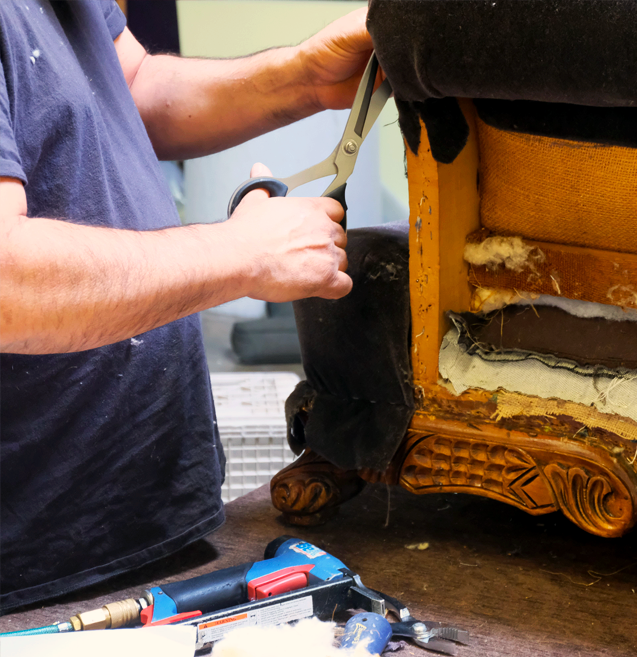 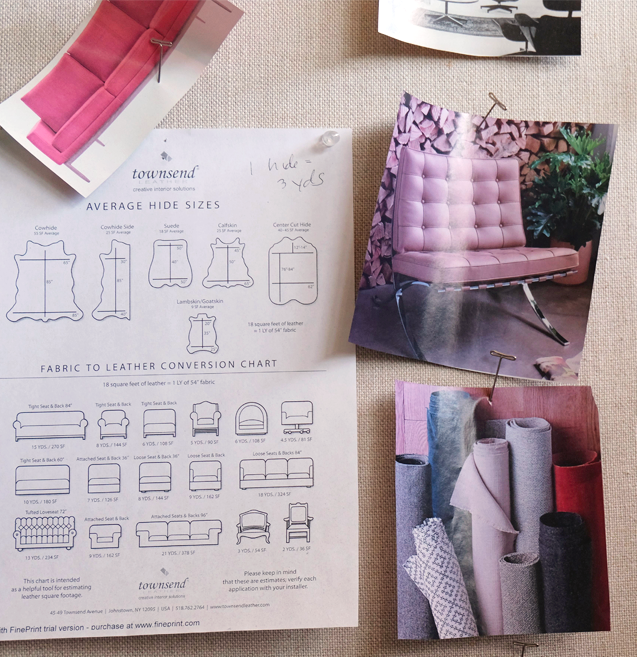